A New Peak … but Will Home Prices Continue to Rise?

California home prices continued to rise as the market approached the peak of its home buying season. After setting a record high in April 2019, the state median price inched up again and reached a new peak in May. A typical existing single-family home was sold at an all-time high of $611,190 in May in California, an increase of 1.7 percent from the same month of last year and an increase of 1.4 percent from the prior month.

Declining interest rates probably played a role in the recent upward price movement, as low rates made mortgage payment more affordable, giving buyers more flexibility to offer higher prices in the market. With the economy slowing down and the trade tariff situation between the U.S. and China yet to be resolved, interest rates will likely stay below last year’s level for the rest of 2019, especially since the Federal Reserve is expected to cut rates at least once in the second half of the year. Low rates could lead to more home price appreciations. In fact, the median list price of for-sale properties has been trending up in the past three months with an average of more than 5 percent, which suggests likely price growth on closed sales in the short term. The overall growth remained soft, however, as the median price of closed sales increased an average of only 1.8 percent so far this year, as compared to 8.6 percent in the same time frame in 2018.

Housing affordability is not only a monthly mortgage payment issue, but a down payment issue as well. According to the 2018 Consumer Survey Report released by the California Association of REALTORS®, 33 percent of all homebuyers said that the lack of down payment was the reason that they delayed their home buying process and 43 percent of all renters said they were renting because of the very same reason. So, while interest rates will stay low and give prices some room to maneuver upward in the next couple months, high down payment requirement is a factor that may hold housing demand back and continue to put a cap on price growth. 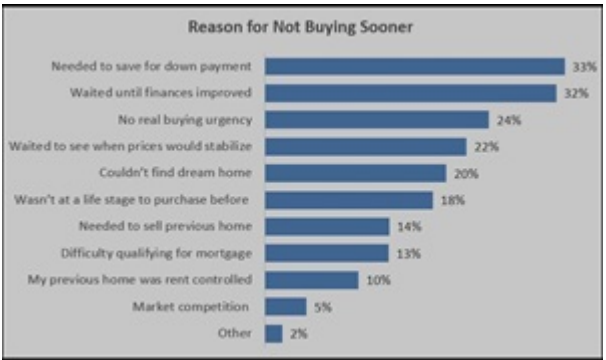